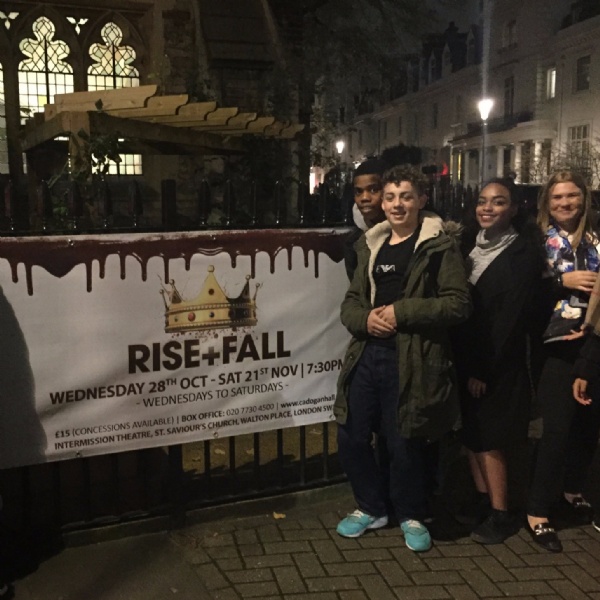 This was the third year in a row we have been to see Intermission Youth Theatre’s annual production. This year we took fifty Year 10 and Year 11 drama students to see the company’s version of Shakespeare’s Julius Caesar, ‘Rise and Fall.’

This production fused Shakespeare’s language and London slang and set the story in a school, where gang violence and knife crime was a problem. It was an incredibly professional performance and we were so proud to see two roles being played by former UHS drama students, Donnovan Yates and Iain Gordon, who had visited the theatre company on a school trip three years ago. The students visiting thoroughly enjoyed the production.