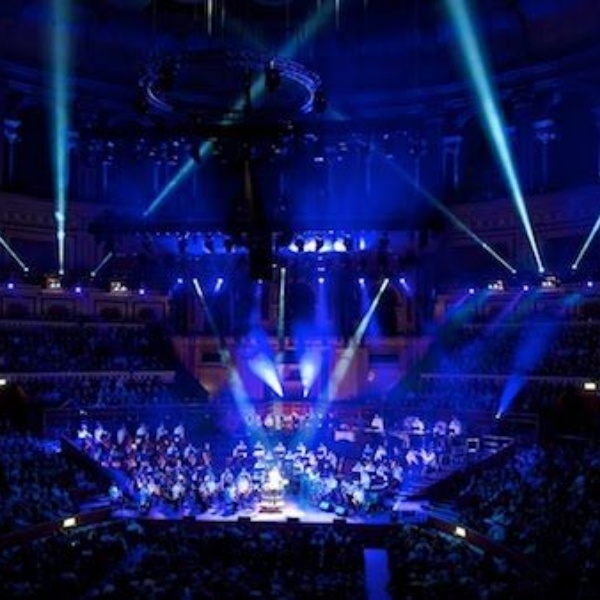 In a landmark trip organised by the music department, 28 students from Years 9 and 10 experienced an epic concert at the Royal Albert Hall. The Royal Philharmonic Orchestra, along with a rock band and ‘Capital Voices’ a 4-part vocal group, performed 20 fantastic rock songs that have topped the chart in recent years.

Students were also dazzled by a brilliant light show throughout the concert and were entertained by the host, Radio 2 DJ, Ken Bruce. Before the show, students enjoyed an afternoon stroll through Kensington Gardens and were able to see where the Duke & Duchess of Cambridge reside with their children. Some of the musical highlights of the concert were ‘Livin’ on a Prayer’ by Bon Jovi, ‘Bohemian Rhapsody’ by Queen and the piece chosen as a favourite by many of the UHS students was ‘Skyfall’ by Adele. Tammi Emms, a Year 9 students said “It was really enjoyable to hear a classical version of one of my favourite songs ‘Thriller’”. Other students commented ‘I am seriously impressed, The Royal Albert Hall is amazing!’, I just love the sound of the orchestra. The music department are PROUD of how UHS students conducted themselves on the trip and upheld strong values of our school. We look forward to arranging many more trips for our students to enjoy.