RSC Film Challenge Showcase: For the Good of Rome 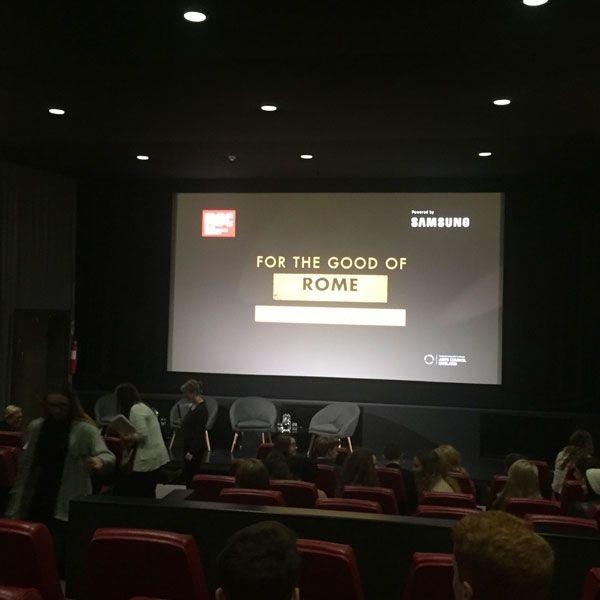 Our performing arts students entered an RSC and Samsung competition, where they had to create a film that responded to one of Shakespeare's Roman plays. UHS has been lucky enough to be given a 360 camera and VR headset from Samsung and they used this exciting technology to help create the film.

The students decided to create a film that explored whether rhetoric still had a place in politics. In just two weeks they planned, performed, filmed and edited a short film, which was then chosen by the RSC to be showcased at the Barbican Centre on Tuesday 7th November, along with just eight other schools from around the country.

In a state-of-the-art cinema, they had to introduce their film in front of an audience of peers and experts. The students then got to watch their film on the big screen. The expert panel included Jacqui O’Hanlon, the RSC's Director of Education, Iqbal Khan, the Director of the RSC's Anthony and Cleopatra and the RSC's Head of Digital Design and the Actor, Alex Waldmann, who played Brutus in the RSC's Julius Caesar. Each of the panel commented on how clever and technically advanced the students’ film was. Their contribution really did stand out as an excellent film: it was influenced by the modern ‘vlogging’ culture; it was quick moving; intelligent and funny. The audience also got to watch the film again with VR headsets outside the cinema as the film our students made was with a 360 camera.

As a treat for our well deserving students, the RSC gave us free tickets to see the epic performance of Coriolanus at the Barbican Centre that night.

It was a truly brilliant day.